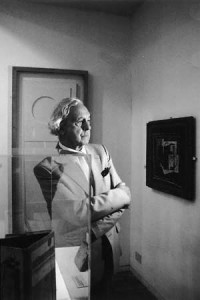 “Sir Leslie Martin will be remembered for three remarkable achievements. He was the principal architect for the most successful public building of the century in Britain, he changed the entire pattern of architectural education for two generations and he developed the most distinctive and coherent combination of architecture, research and education for the past fifty years.”
Prof. Peter Carolin, August 2000

Honours:
Chief Architect of the LCC in 1953
Vice-president of the RIBA (1955–7)
Made head of the Architecture School at Cambridge University 1956
Knighted for his contribution to British architecture in 1957
Royal Gold Medallist in 1973
Fellow of Jesus College, Cambridge from 1956-73
Honorary Fellow of Jesus College, Cambridge from 1973-99
Appointed to the Portuguese order of Santiago de Espada 1983

Hobbies:
Cultivating rare varieties of English apple and other exotic fruits from his home in Gt. Shelford